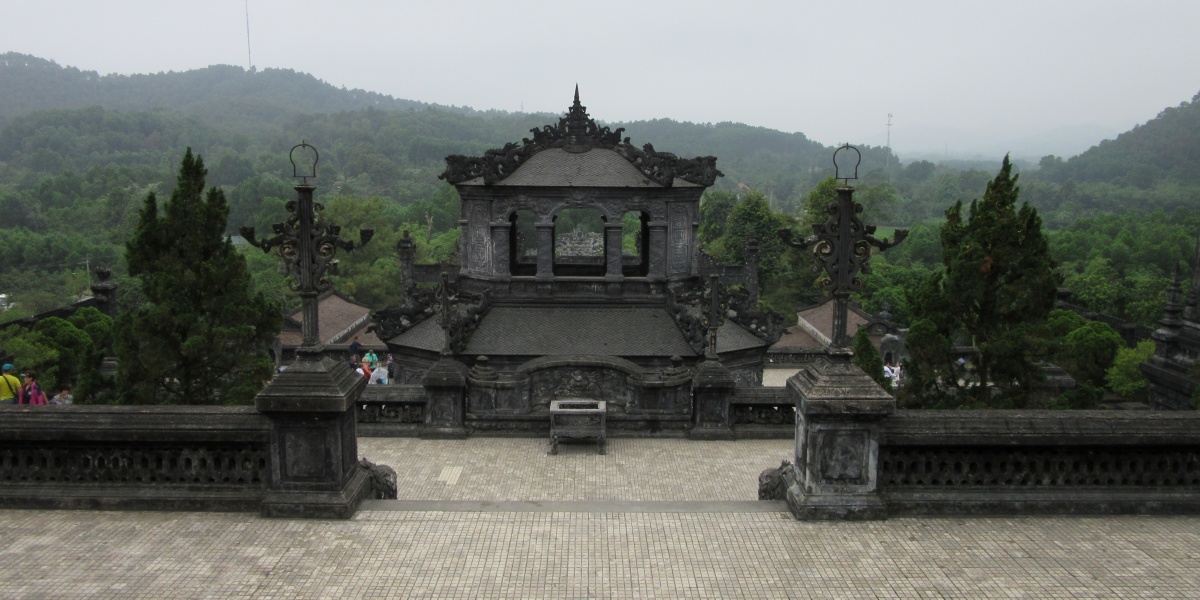 Even if historically it is important, Hue is not a particularly charming town. Loud, smelly, dusty with great traffic and without a specific center or downtown. But it is still worth a visit to see the imperial city with the citadel and the forbidden city and the imperial tombs outside of the city along the Perfume River.

I rented a bike from the same company I used from in the Hai Van Pass, and as I already paid too much to them I could bargain without blinking. I selected 3 out of the many imperial tombs and visited them in a day. The emperors of the Nguyen dynasty had this particular habit of planning and building their tombs, that they also used as a palace while they were alive. Three main elements are common in all of the tombs: the pavilion of stele with the great achievements of the emperor, the pagoda and the tomb itself. But the style, the way the imperial tomb was planned and constructed, its location, distance from the city, the chosen materials, the minimalism or splendor mirrored the personality and style of the emperor.

Minh Mang’s tomb lays the furthest from the city. It is surrounded by a lake and it follows the traditional Chinese structure, seems to be a smaller version of the Citadel of Hue. As I visited this site before seeing the Citadel, I was really impressed. (Looking back I still believe, that the tomb was a better experience than the tomb.) 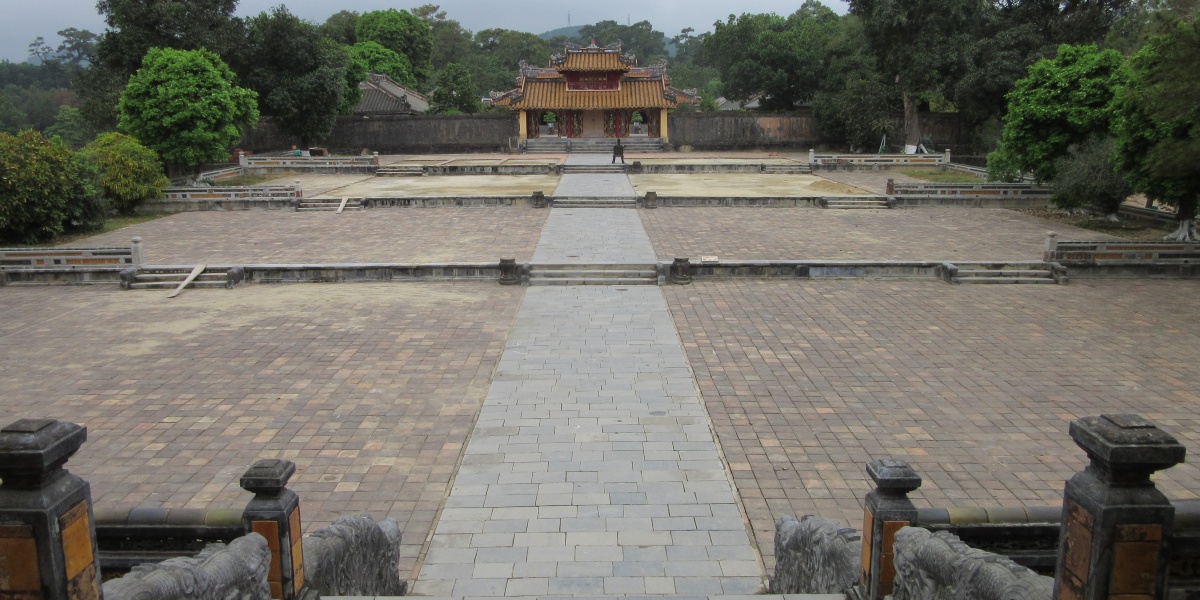 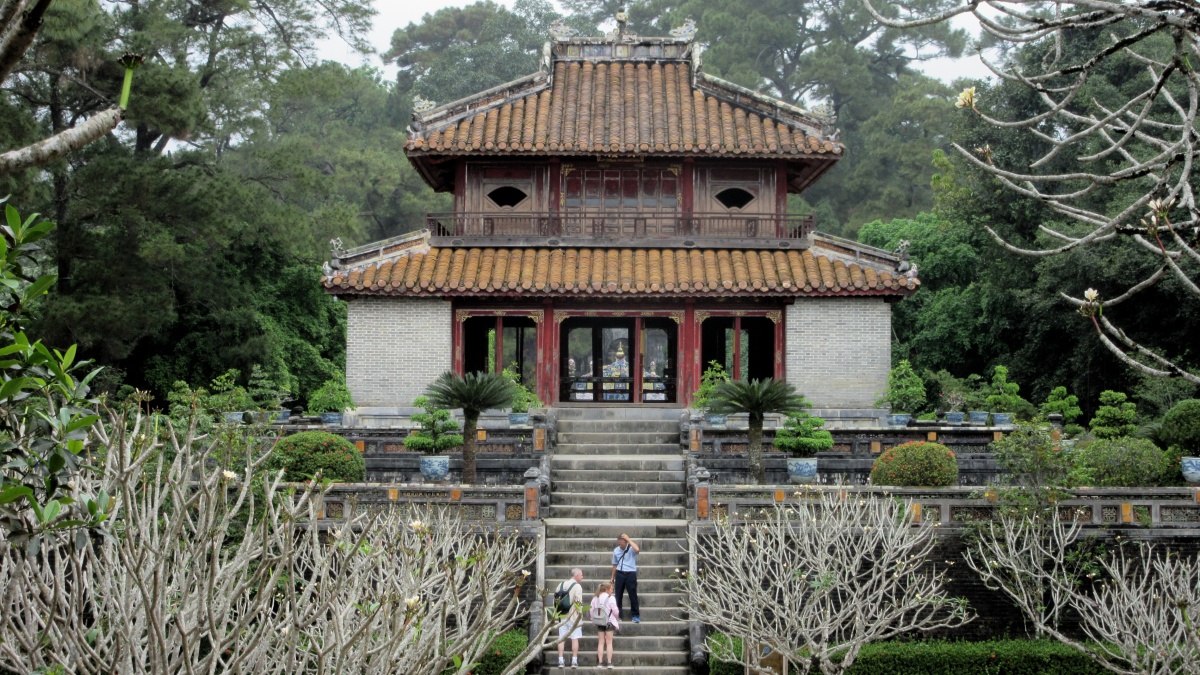 There were not too many visitors and I could move around freely enjoying the atmosphere of the site. It took 4 years and the work of 10.000 people to build it. Minh Mang passed away before it got ready, so his son finished it based on the plans of the late father.

The tomb of Khai Dinh seemed to be a greater hit among the tourists, I guess because of its special character. As a modern emperor he used more modern materials, like steel and concrete, and built the tomb on a slope of a mountain, overlooking the surrounding hills and forests, mixing western style with traditional vietnamese style. 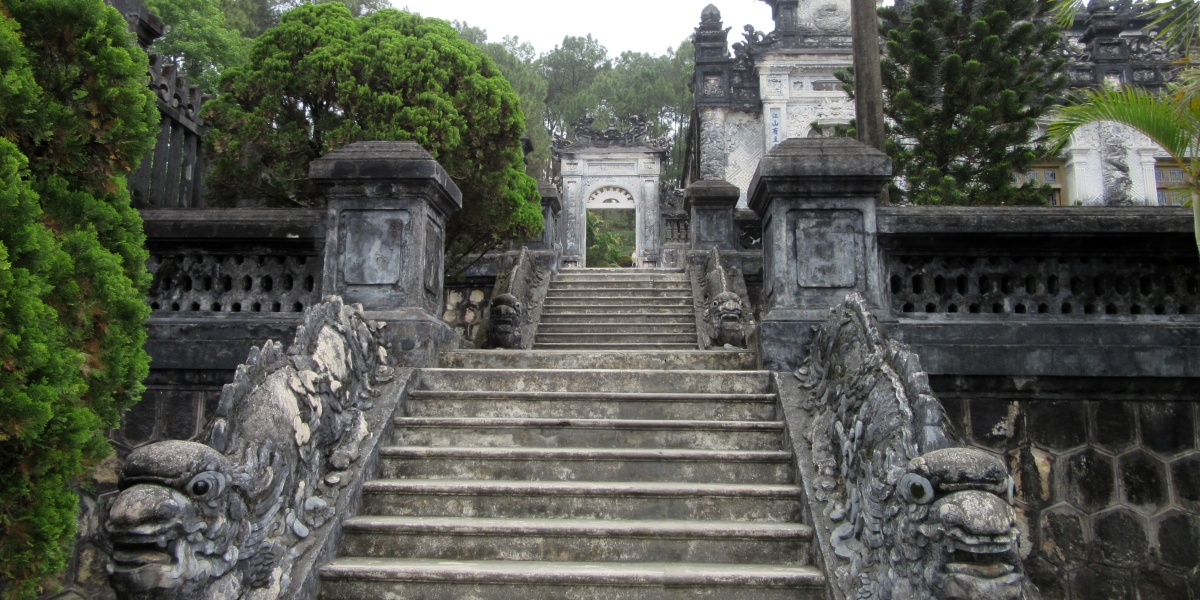 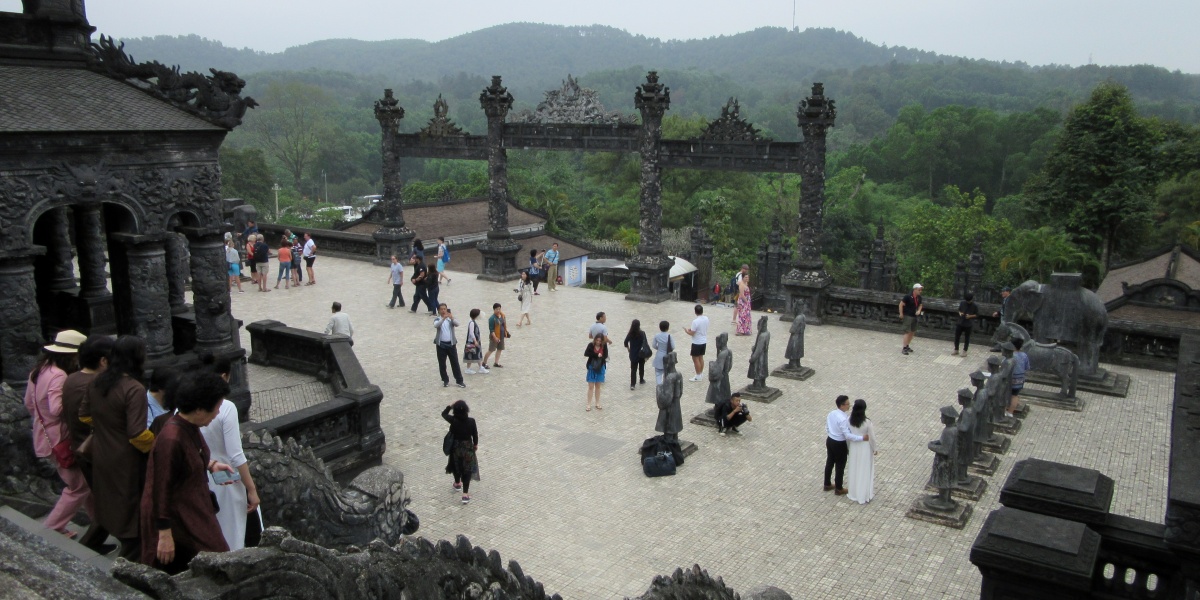 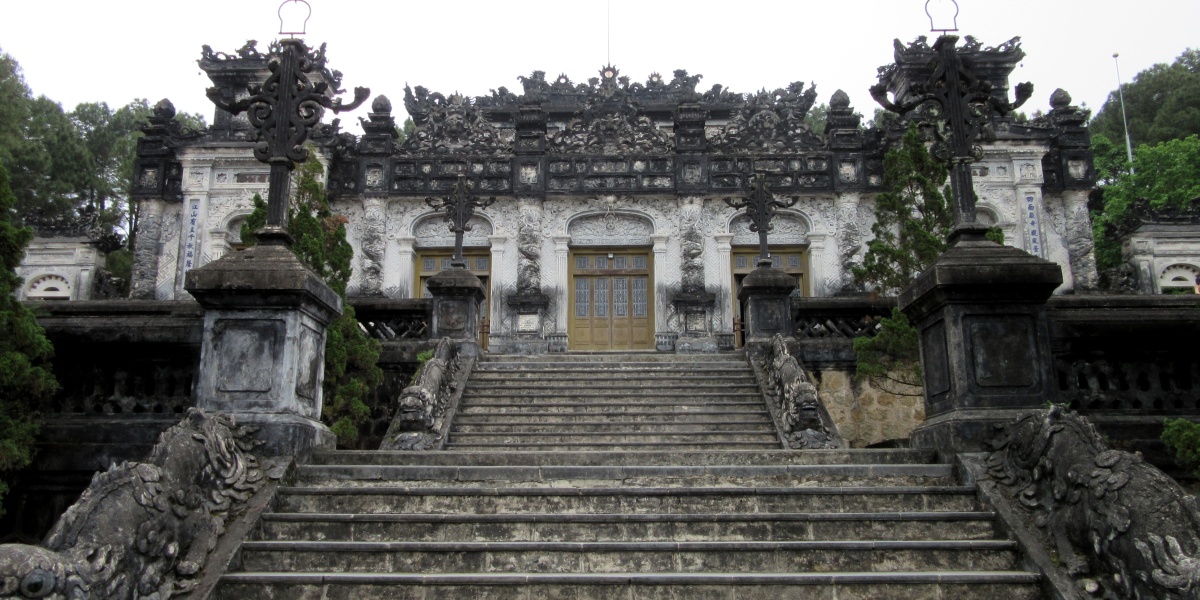 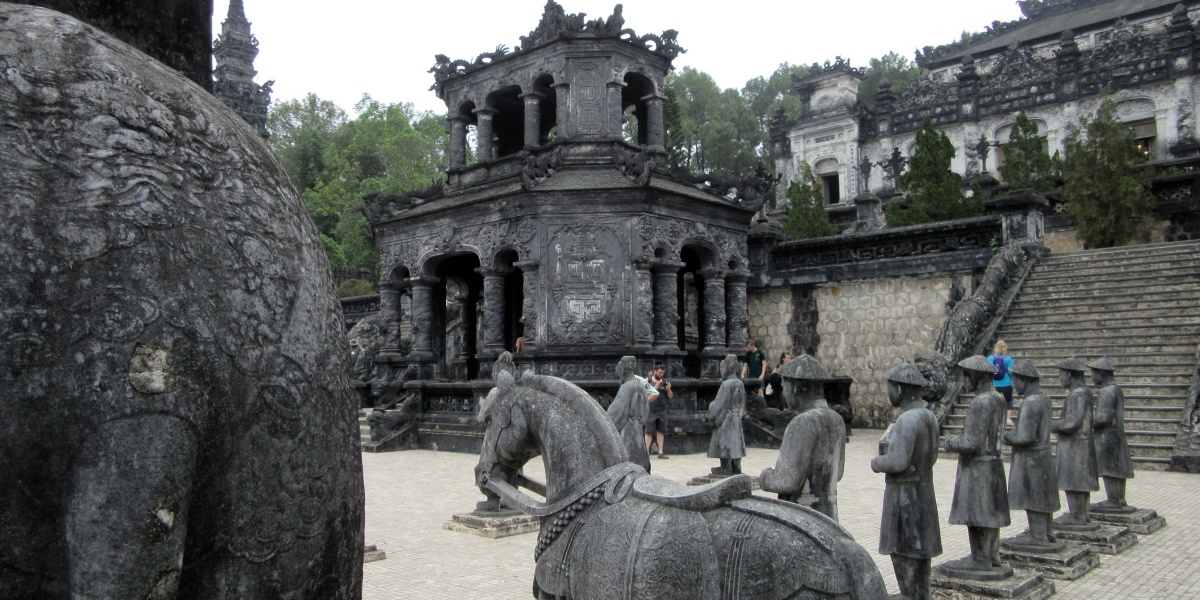 My absolute favourite is the tomb of Tu Duc. He was considered to be a super intelligent and educated emperor, talented in arts and  great poet. And a forever romantic. 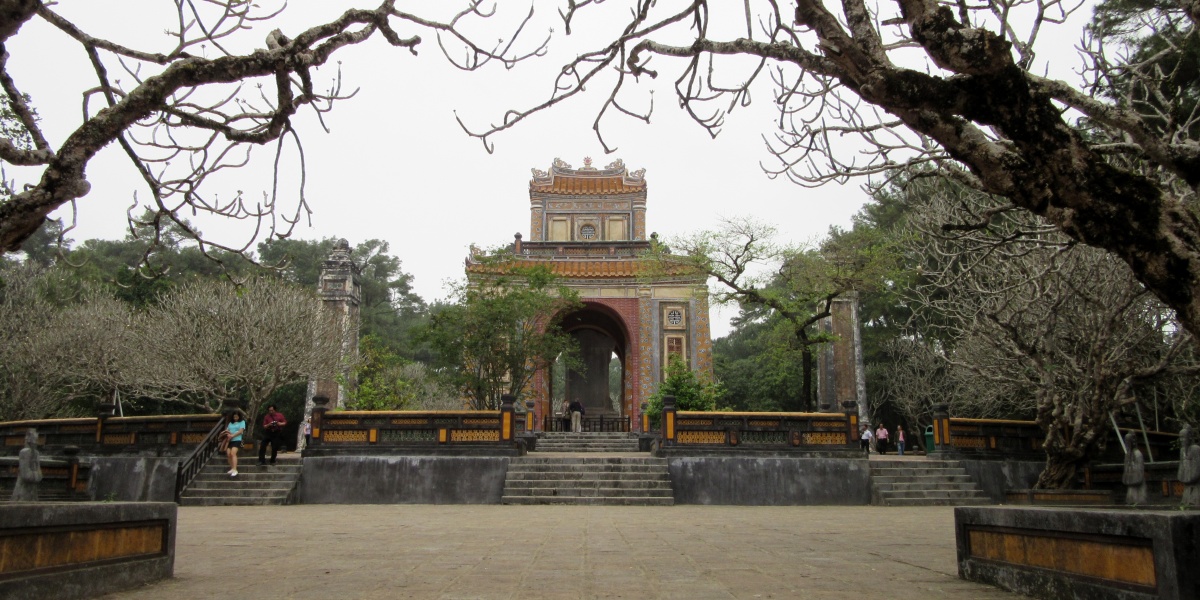 This is reflected by the composition and structure of the palace and tomb, and the delicate balance of landscape and buildings. He kept the classic elements, but planned a lake with two little islands and  music pavilion, and a set of waterways with many curves where he loved to paddle with a little boat himself. I loved to spend some slow time here discovering the buildings and the hidden corners. 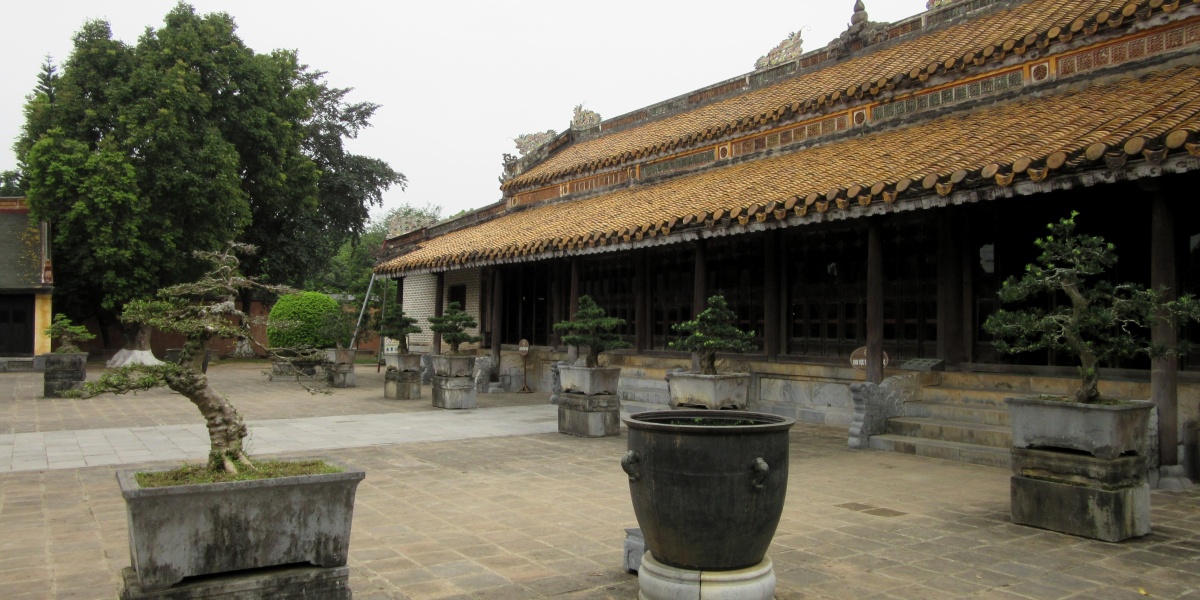 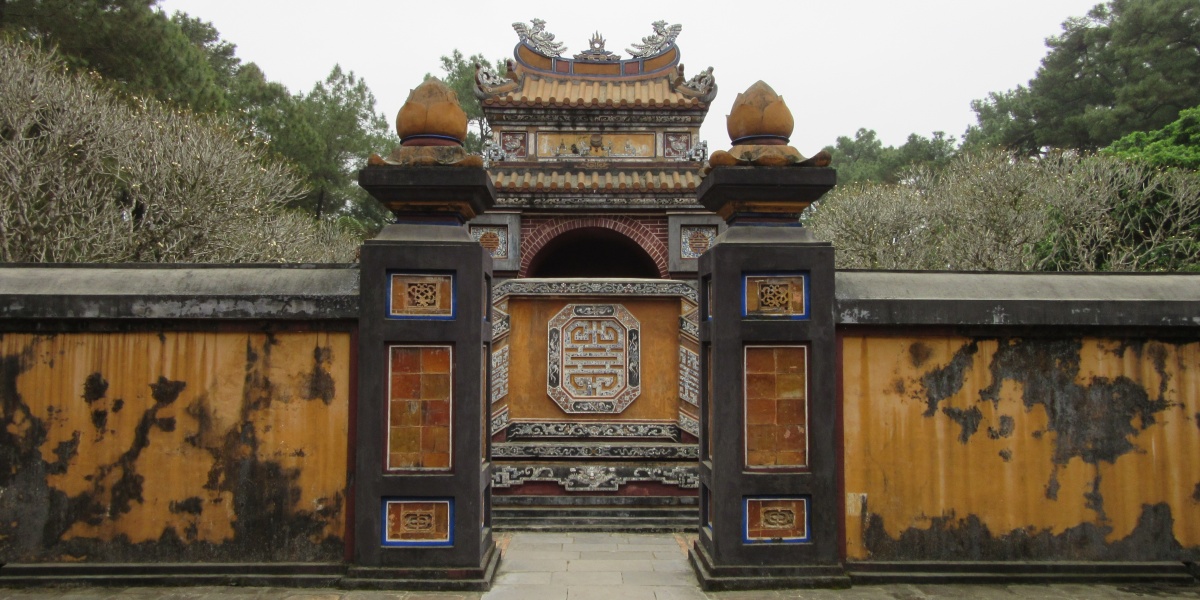 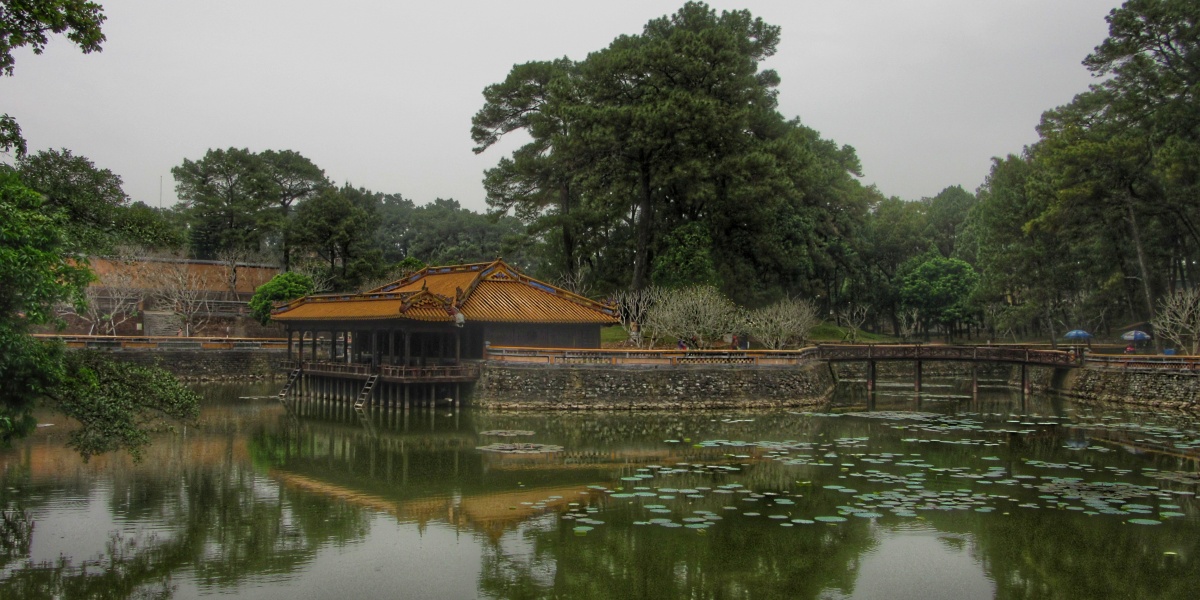 I also visited the Thien Mu Pagoda, that became an important center of the anti-government protests during the ‘60s. This was the time when the government supported christians and started to ban buddhism and buddhist symbols many protested against, starting huge demonstrations. The pagoda is a bit outside of Hue, still it became an unofficial symbol of the city.

At last I visited the imperial city and the citadel as well. It is huge and it takes hours to discover the whole area. 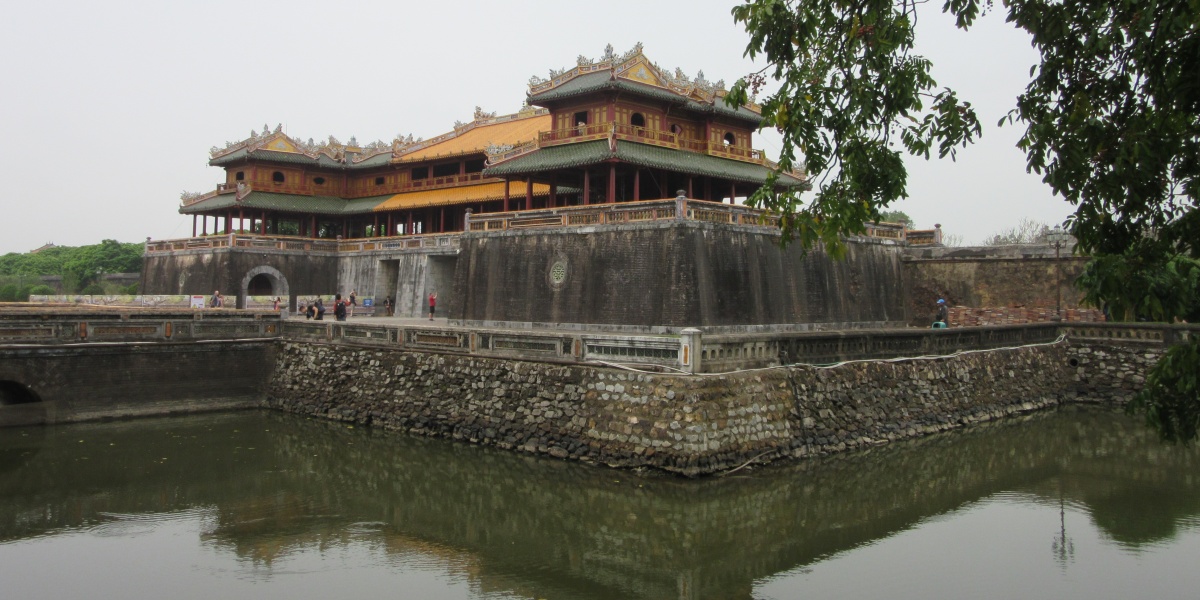 I didn’t do a proper research and spent some time looking for the Forbidden Purple City, the restricted area reserved for the family and concubines of the emperor when I finally figured out, that the reason I can’t find it is because it doesn’t exist anymore: it was completely destroyed by the war. And this is not the only building that disappeared. Hue happened to be very close to the border between North and South Vietnam, and during the Vietnam War in the period of the Tet Offensive a huge damage was done. Only 10 out of the 150 major buildings of the imperial city survived the Battle of Hue – that lasted about a month.

It also became obvious the the most attractive site for young travellers in none of the those that I visited. Most of the hostels also discovered it and now offer tours to the closed and dangerous site of the abandoned waterpark. As a dozen 18 years old dutch traveller sweared that this is the coolest place they ever visited, I decided to give it a try. I knew it is a restricted area with security guards and secret paths to get in, and a local pal to pay off, but most probably I picked a bad day when the security guy was a bit unhappy. I met some disappointed teenagers on my way and I also got caught. I was told to leave and not to come back – so this is exactly what I did. It was not that important to me. I saw the others, who were caught twice already to try to find new way in, but I never got to know if they succeeded or not.

Hue is also considered to be the Vietnamese Food Heaven, but I struggled finding nice food. I love eating at markets, but the local market here didn’t look promising. Whatever I tried was tasteless or too oily. I knew they cook differently for tourists, but I couldn’t believe that I couldn’t find anything decent. Obviously I bumped into the greatest place just before I left town, so I had to order for take away as well. It was a better way to have dinner, than the options I had during the rest stops on my travels with the night bus.