On the road to Malaysia – Bangkok-Penang 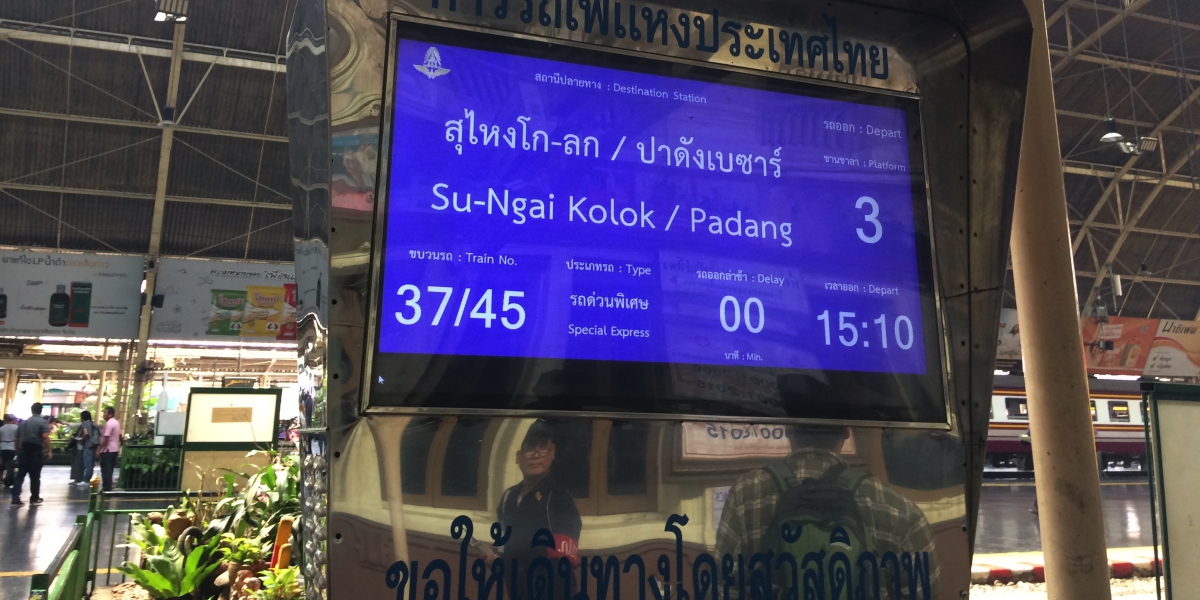 There used to be direct trains from Malaysia to Thailand and to Singapore, but these are discontinued a couple of years ago. Whatever is the reason behind, for sure this didn’t make the life of the travellers easier. Experiencing this I am even more grateful to be part of the European Union and we don’t have to struggle with the borders. We don’t even think about whether it is possible to travel from Budapest to Berlin by train, because it is so obvious. And while doing so, we cross a couple of borders that on the practical level remains unnoticed.

So, the easiest way to get to Malaysia from Thailand is to travel to Padang Besar, the border town both in Thailand and in Malaysia. There’s daily one train with sleeper cars heading here from Bangkok, starting in the early afternoon, arriving next morning. It is also ideal if you come from the Thai islands, you can catch this train in Surat Thani, somewhen between 2-3 am. 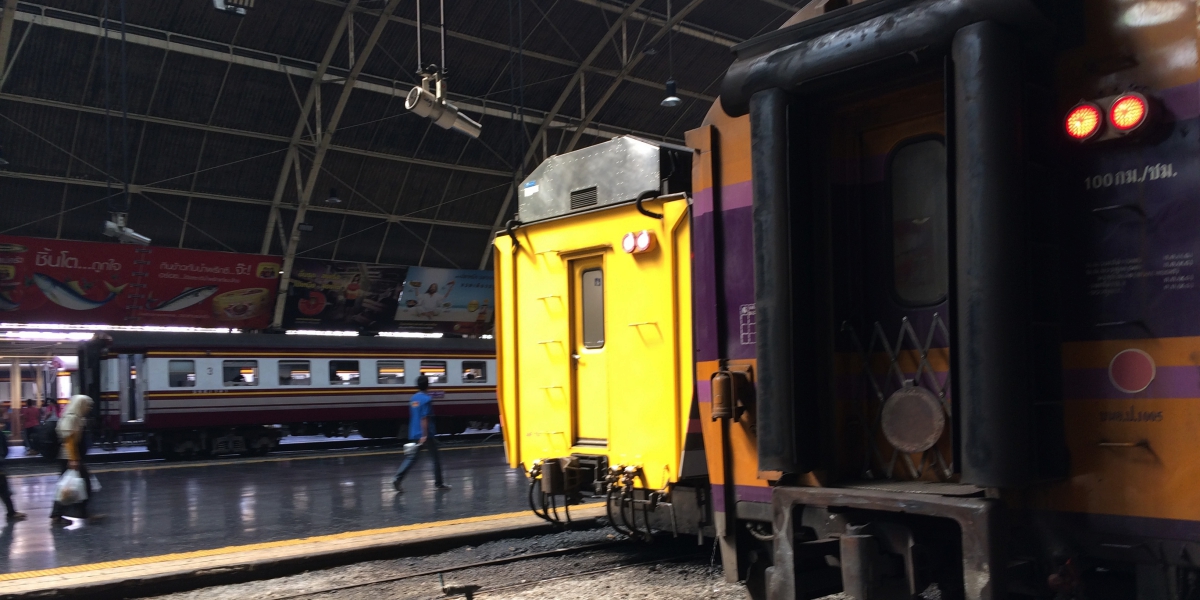 I always wanted to travel with a night train in Thailand. So it’s not only that the ticket is cheaper than flying (unless there’s a massive Air Asia promotion), I finally also have this experience.

The 2nd class cars have a lot of space. I guess the seat assigned to one passenger is for two people on a normal train. Around 7 pm the staff starts from one end of the train to turn the seats into beds. 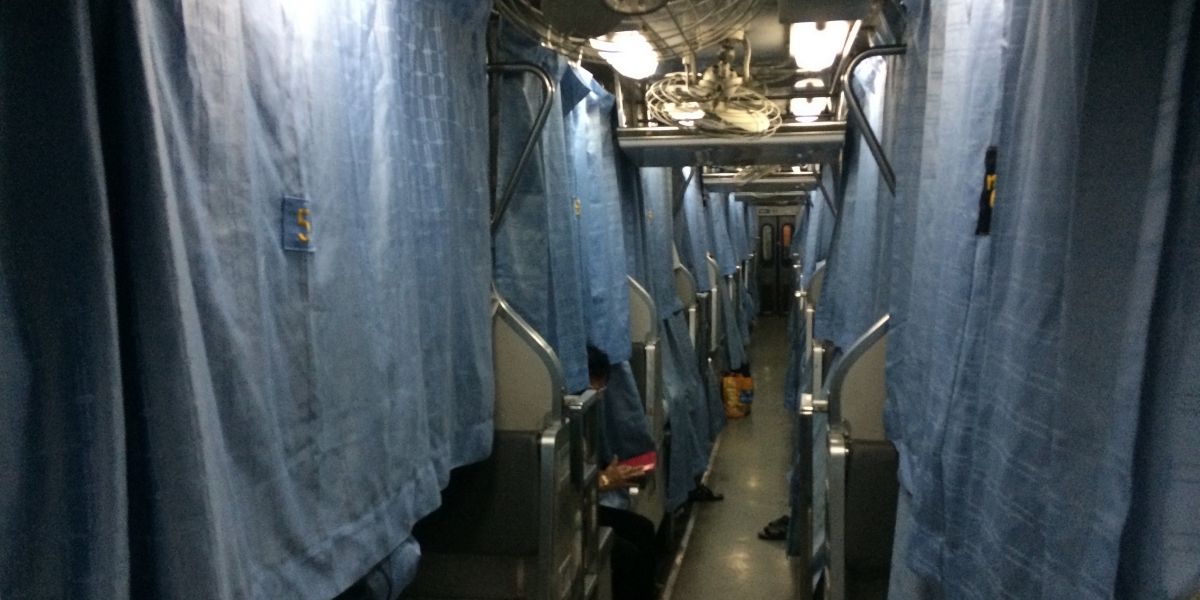 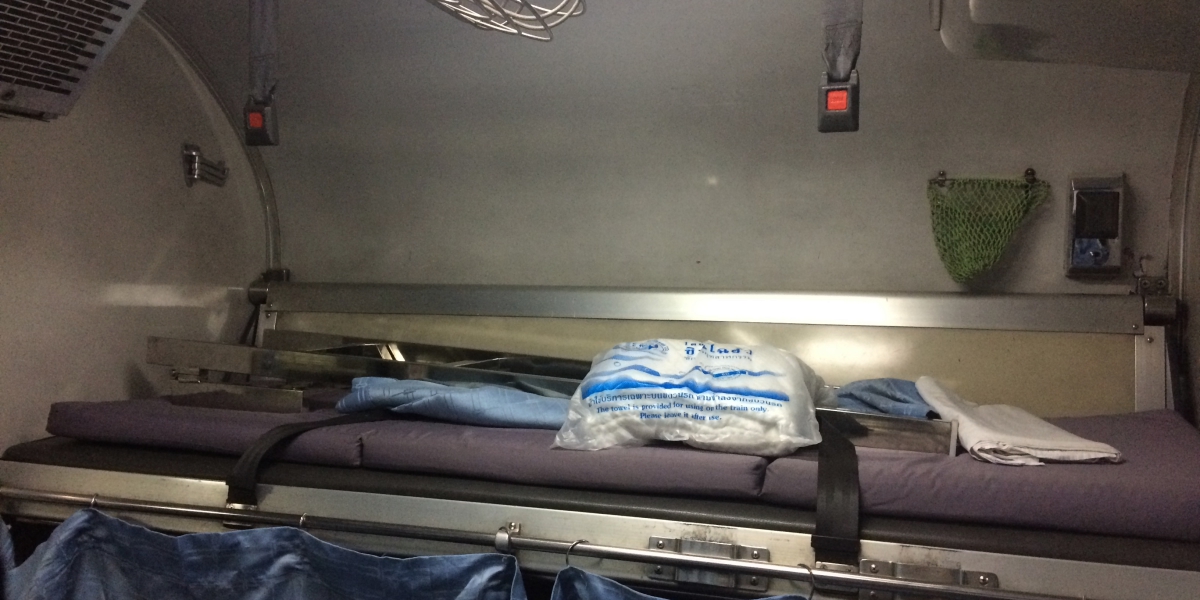 I could only book an upper bed the day before, but the space there is okay too. They actually really make the bed: white sheet on the mattress, clean blankets, white linen on the pillow. And it is not too hard to fall asleep. Yes, the train is loud. Especially that I had my place in the car right behind the engine. But I many times sleep on the trains anyway. So I just told myself this will be fine, so it was, I fell asleep quickly. I remember one of my dreams, when my brain somehow composed the noises of the train into the action of my dream. That was pretty funny.

It is almost impossible to starve on this train. There’s a bufe car, but also many people walk up and down in the aisle selling everything: fresh fruits, coffee, juices, rice cakes, salty crackers, rice + different kind of meat in different sauces… The toilets are thai standard in terms of cleanliness, but if you are used to the toilets on the Hungarian railway, you won’t complain at all.

The surprise of the morning was not that we were an hour late, but the fact, that the train actually crossed the border and stopped on the Malay side. I was prepared to get off on the Thai side, walk to the Thai departure to have my passport stamped, walk to the Malay immigration office and after admitted to the country, walk to the Malay train station. But there is a really traveller friendly system instead, though we still had to wait for a while. The Thai check out and Malay check in are both on the train station, max 20 meters apart from each other. We only had to wait for them first to handle the mass who was in a hurry to get the train that left to Bangkok soon. Once they were finished with them, I got through the immigration process in 10 minutes. With much less hassle than expected.

Next I had to wait for the ticket office to reopen, as the staff just had their lunch break. At least I got the break to eat something as well. All good.

From here I travelled to Butterworth, the gate to Penang Island on the mainland. My destination this time is George Town, the capital of Penang state. Honestly, the Malay trains are much better than the Hungarians. Clean, modern, comfy padded seats, all information on loudspeaker in English as well and even the ticket controller speaks fluent English. This is already the West. 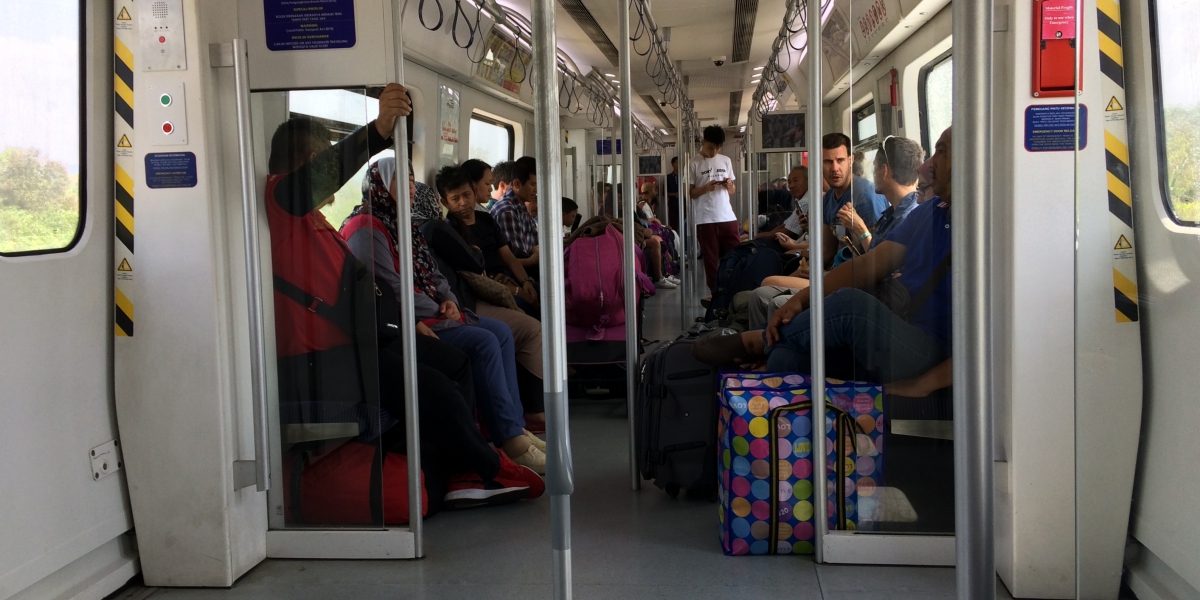 In Butterworth the ferry port is right next to the train station. Normally I’d just walk from one to the other, but the pedestrian path is closed because of an ongoing construction work, so Penang provides free shuttle buses instead. Another traveller friendly act. 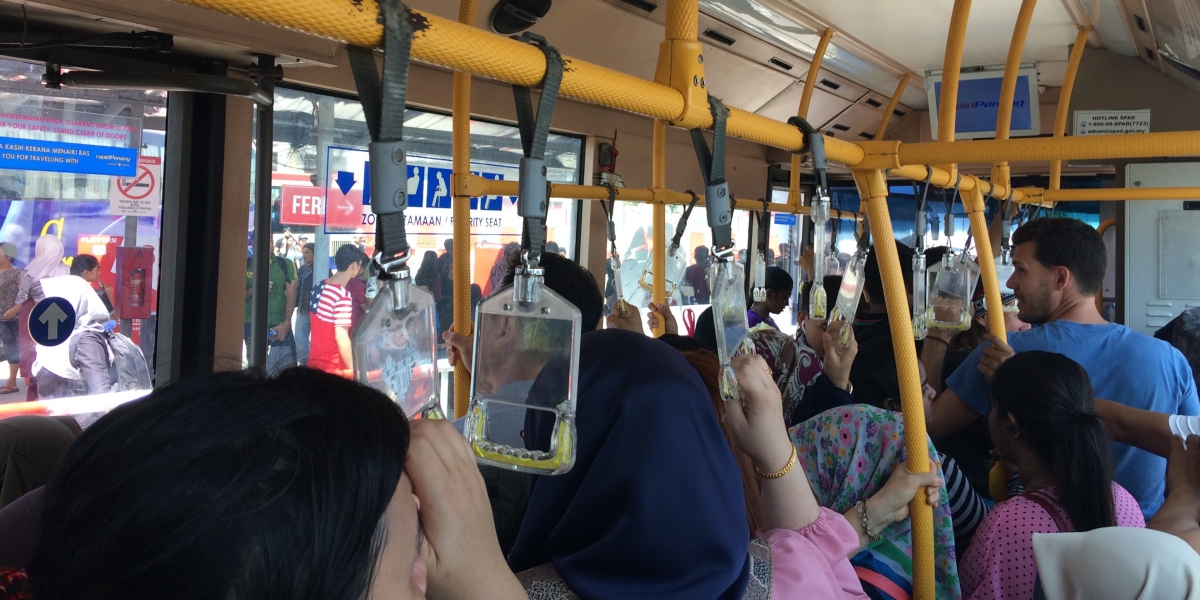 The ferry is cheap, I didn’t need to wait and it got me quickly into George Town… I was wondering whether I was still in Asia. 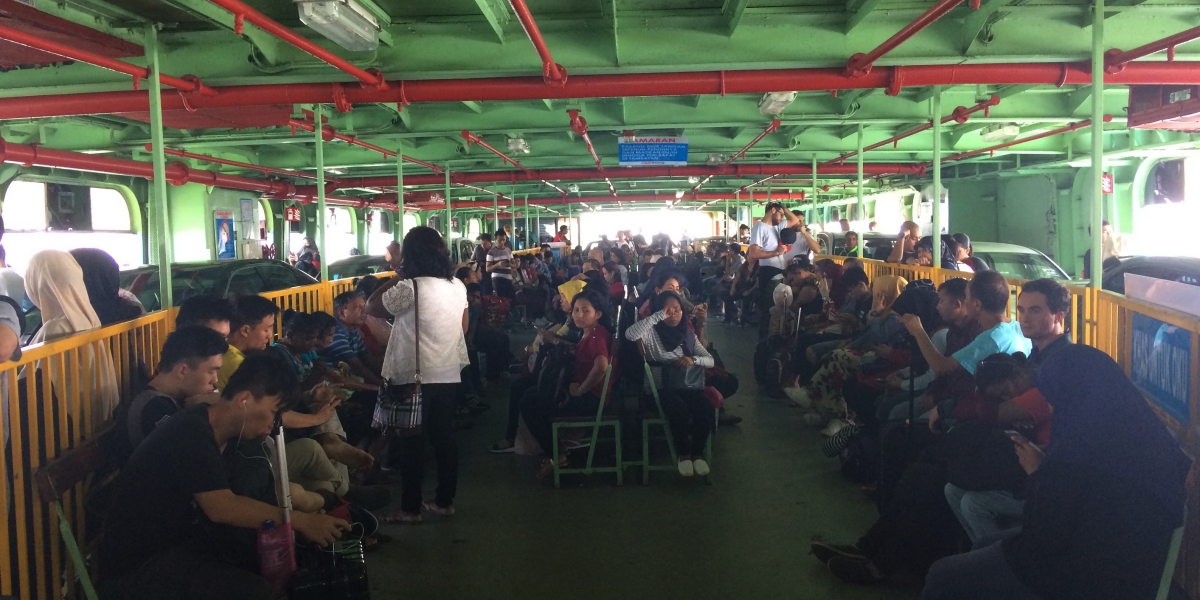 I arrived to Penang about a day after I’ve left Bangkok. The travel didn’t tire me much, it was comfortable so I recommend it to everyone who plans to travel on this route.

Tags: asia, malaysia, thailand, travel
Speciality cafés are the IKEA for me
In love with Penang