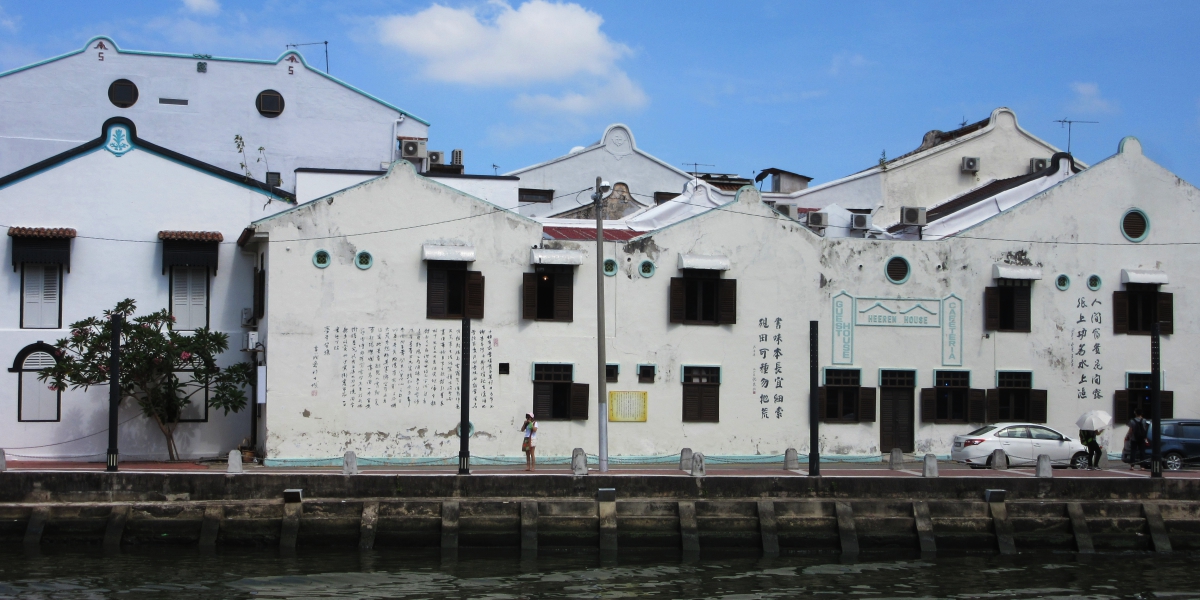 It seems that I keep visiting some place, where I had no intention to go at all, but it turns out to be a good decision to spend some time there.

I was thinking about what to do after the Cameron Highlands a lot. I wanted to visit the Taman Negara National Park, but I obviously didn’t have enough time for it. I fell in love with the idea to travel on the Jungle train towards South, but on the section where I could’ve travelled, the only train passes by during the night, so I practically would’ve missed the point, the jungle. At least based on the information I could find on the net, on the not too customer-friendly page of the Malay Railway Company. The staff in my hostel was not knowledgeable either. They suggested me to take a bus there (at least 3 hours, but more likely 5) and check it out by myself… well, I rather chose another destination. Since I was heading south, Melaka seemed to be a logical choice. It became part of the UNESCO World Heritage Sites jointly with Penang, as part of the “Historic Cities of the Straits of Malacca”. I resisted a bit before, as I thought I already visited George Town/Penang, so why would I go to Malacca too? And how good, that I finally decided otherwise.

First I took a bus to Kuala Lumpur, to the TBS train/bus station, that took about 3,5 hours. This is actually super quick, the official duration of the trip is a bit longer, about 4 hours. I waited some 30 minutes, before boarding another bus to Malacca, and after another 2,5 hours bus ride I took a Grab (the local Uber) and was ready to collapse on my bed. Because I never felt so unwell throughout my trip in Southeast Asia so far. I had a really bad headache, the kind when you feel nauseous because of the pain. The 800 mg ibuprofen only helped to survive the travel and made me slip in and out of my pain coma. It was maybe the hairpin curves in the first two hours; the storm rushing through Malaysia; the altogether 8 hours sleep in the last 3 nights; or not drinking enough water – and the fact, that it was filtered water, lacking all kind of minerals and electrolytes; or basically anything else. But true, I felt really sick. I slept about 15 hours in several blocks till the next day, and it cured me more or less.

Not only the great sleep, but the atmosphere and especially the amazing food of Malacca was my great cure. I stayed in Chinatown in the the old city, one step away from everything that is interesting in this city. Small art galleries, tiny museums at every corner, cute little cafés and bakeries, temples of all religions, the Portugal/Dutch/British colonial heritage – beautiful mixture. 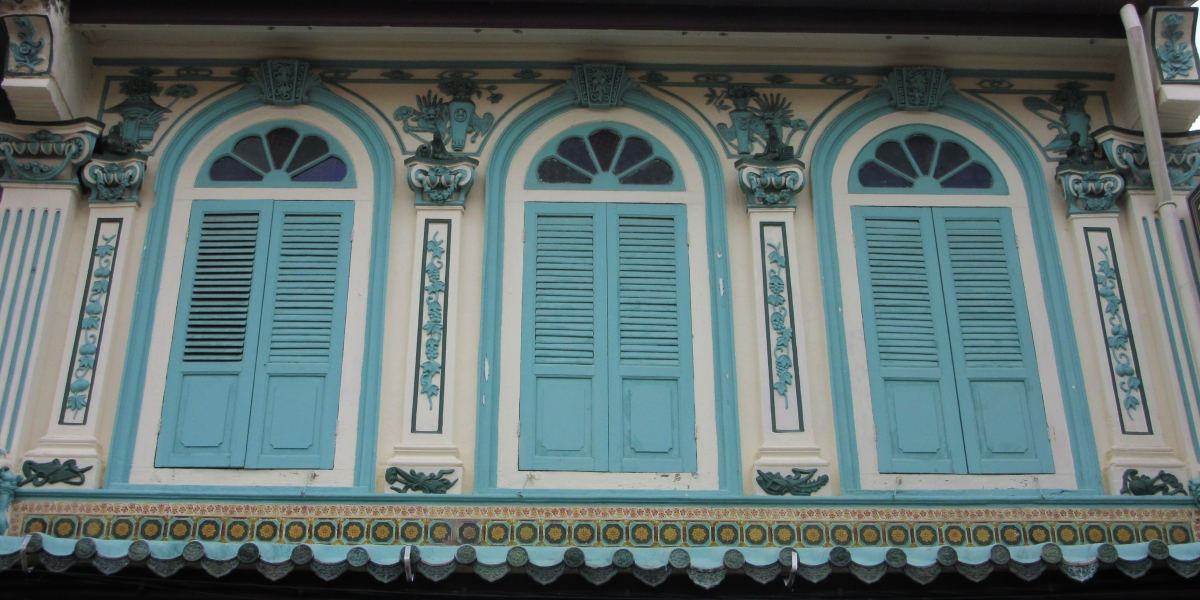 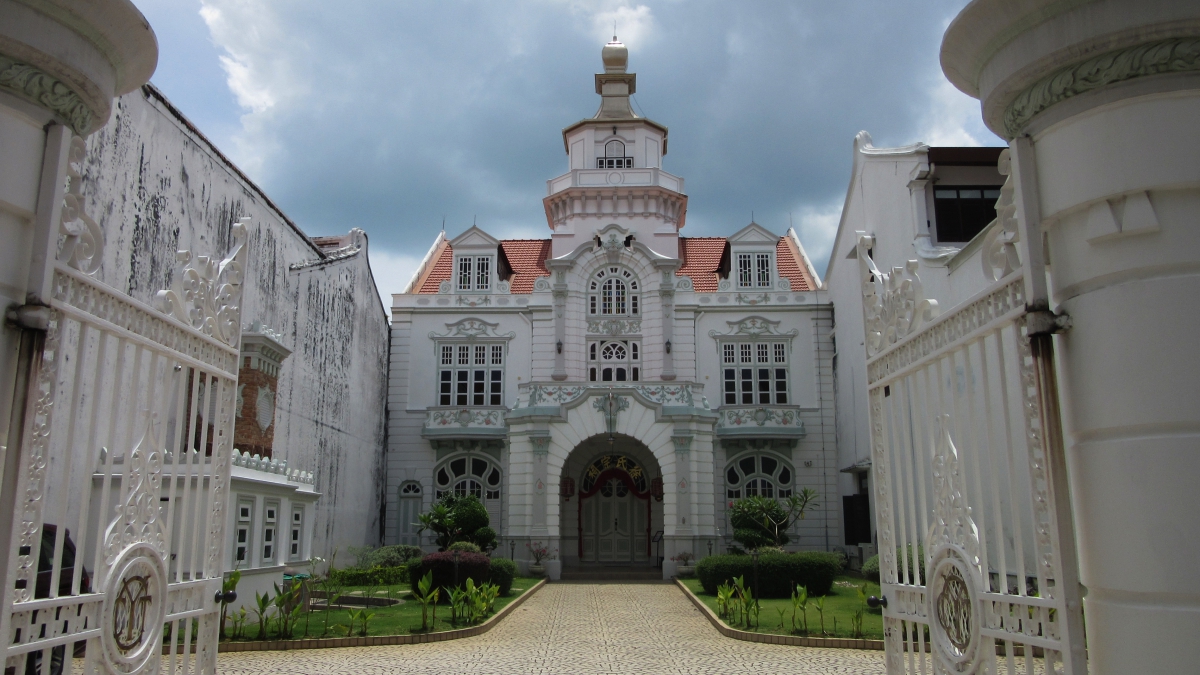 The colonial style buildings with Chinese and Malay signs are a bit absurd, but still, it is somehow delicious, spicy but not too spicy. The unique Baba-Nyonya culture is super interesting. I warmly recommend to visit the Baba-Nyonya Heritage Museum, that is presenting a a special era via showcasing the house of a Chinese-Malay family. About 5-600 years ago some Chinese tradesmen who were really active in the Straits of Malacca decided to settle in Malacca. The only thing they actually needed to do this was not a visa or a work permit, but a Malay wife. (Well, you might call it the work permit of that era…) These mixed marriages resulted the mixture of the two cultures, cuisines and belief systems. The first generation born in these families were the “Straits-born Chinese” who used Baba (man) and Nyonya (woman) instead of Mr & Mrs. Due to arranged marriages the baba-nyonya culture was really closed, babas were marrying only nyonyas for generations, nobody could get into these families without having the Chinese-Malay heritage and proper family-tree check. This was the case in the family whose house was turned into the Baba-Nyonya Heritage Museum, up until the 6th generation, when one of the baba sons married an Australian woman, breaking the baba-nyonya tradition. This actually made the older generation of the family pretty unhappy. She hides in the last rows in all of the family pictures, to be as invisible as possible. Having a sneak peek into the life of these hyper rich families is a great experience.

So is the nyonya cuisine – that is a fine mixture of the Chinese, Malay and Indian cuisine. The flavors are simply amazing. I loved the food in Penang, but Malacca is at least as good. And actually the food is really similar, as the two cities share the same Peranakan (Straits-born Chinese) culture. Street food is great here, but I have to tell, that the small bufes and family-run restaurants are at least as good and as cheap, as the food stalls on the street. 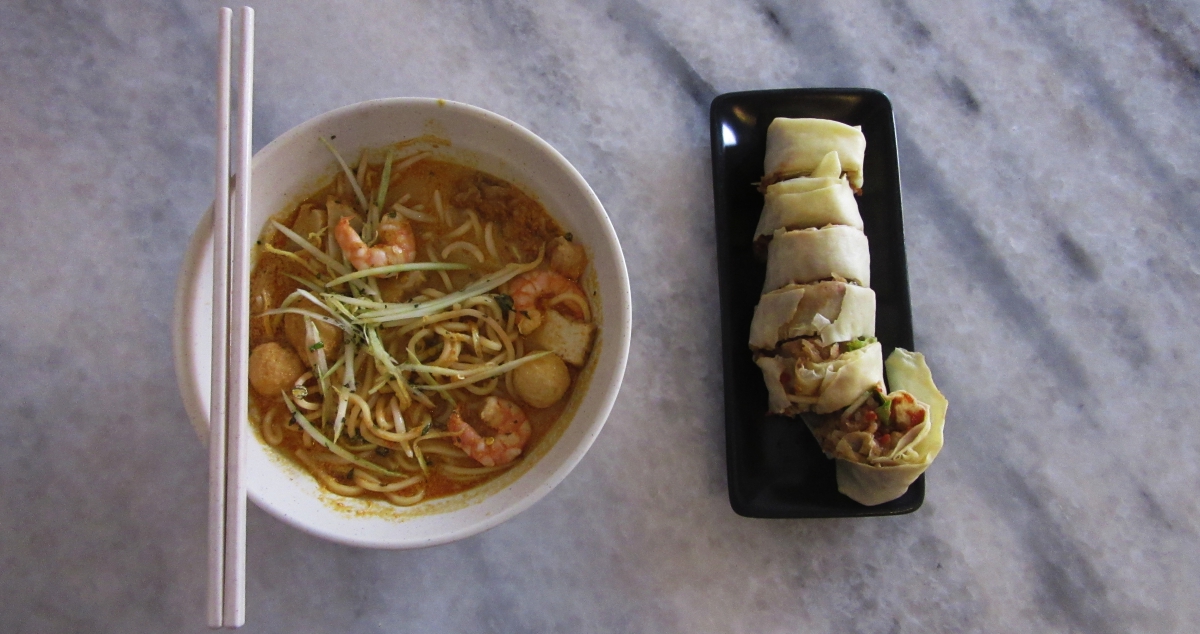 I also really liked the Malacca river cutting the city into two, and the pedestrian path along its two sides. Its ambient is lovely, and since most of the people opt for cruising on the river instead of walking in the 30+ degrees Celsius heat, the path is either empty or you may meet some locals, but no tourists at all. 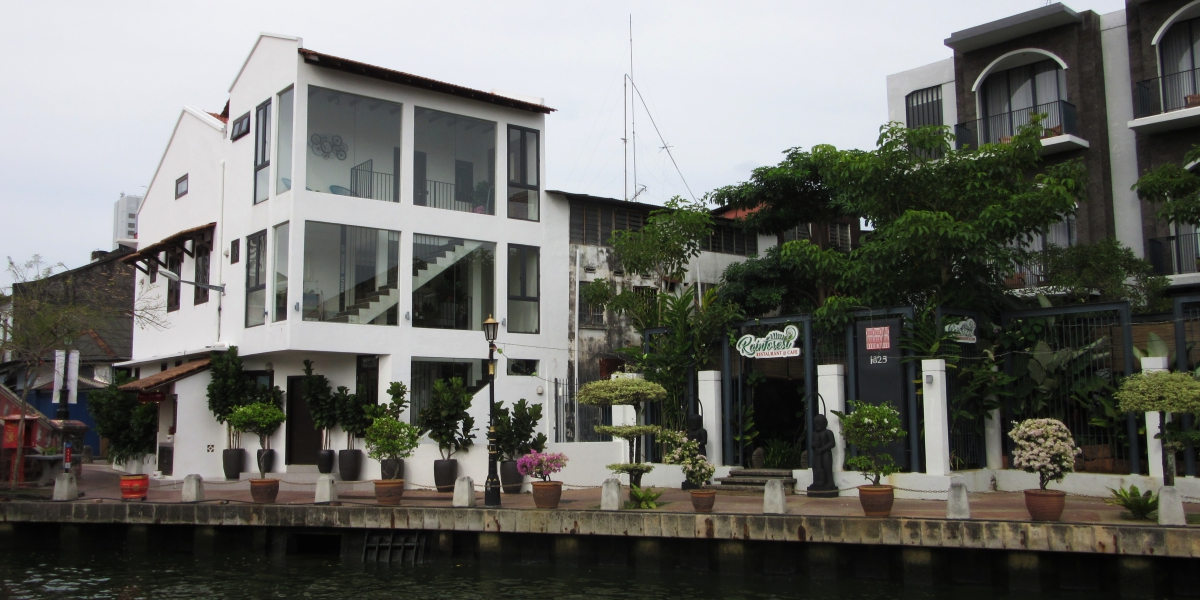 You may want to visit the “compulsory” tourist sites, such as Junket street (the street of peasants) and Heeren street (the street of rich families), the Stadthuys (the Dutch City Hall) and the Christ Church, the ruins of the St Paul’s temple, the only remain of the old Portugal fort: the gate called Las Famosa, and the many temples of different religions – but one thing is not to be missed: get lost in the small streets of historic downtown and enjoy! I actually managed to spend hours there without meeting any other tourists. It was worth it.