The taste of Singapore 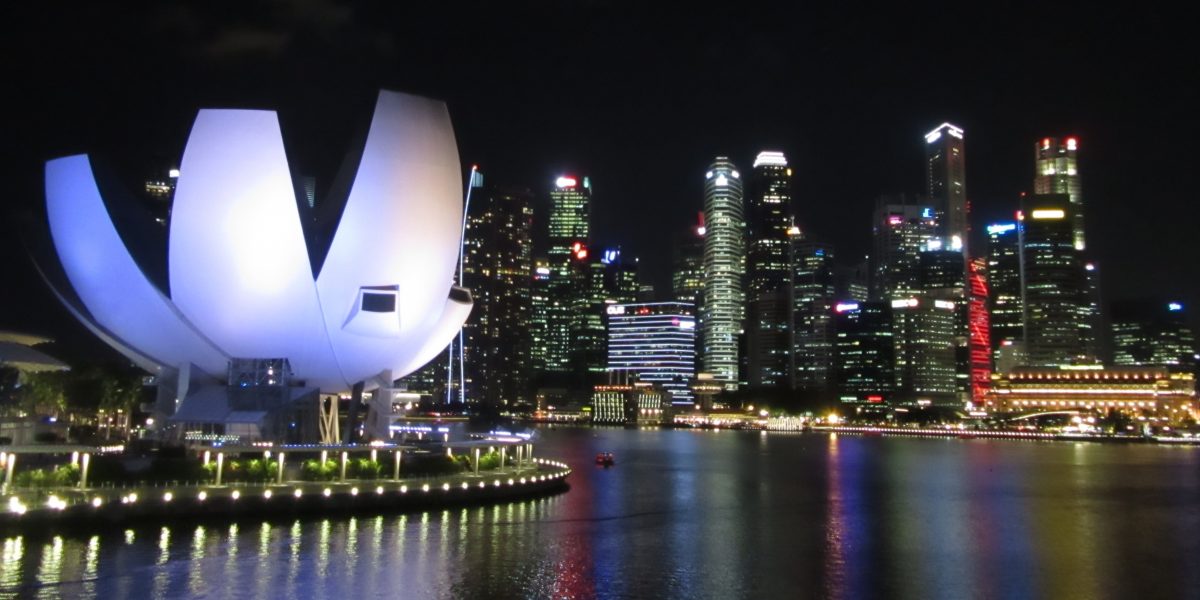 I turned into a tourist on a mission at the moment I’ve arrived to the city, totally forgetting my idea of slow traveling. I squized everything possible in this 1.5 days – maybe if I’m able (well, rather willing to) get up before 9 on Friday morning, a bit more could’ve fit in.

Singapore won me already on my way to the city center. Maybe it was just a terribly long time ago when I last visited a city with decent skyscrapers, but I could not stop looking upwards all the time. After the quick check in to the hostel, this is what I continued doing, but this time in the city, more precisely at Marina Bay, without daylight. I was charmed by the lights and by the sight. 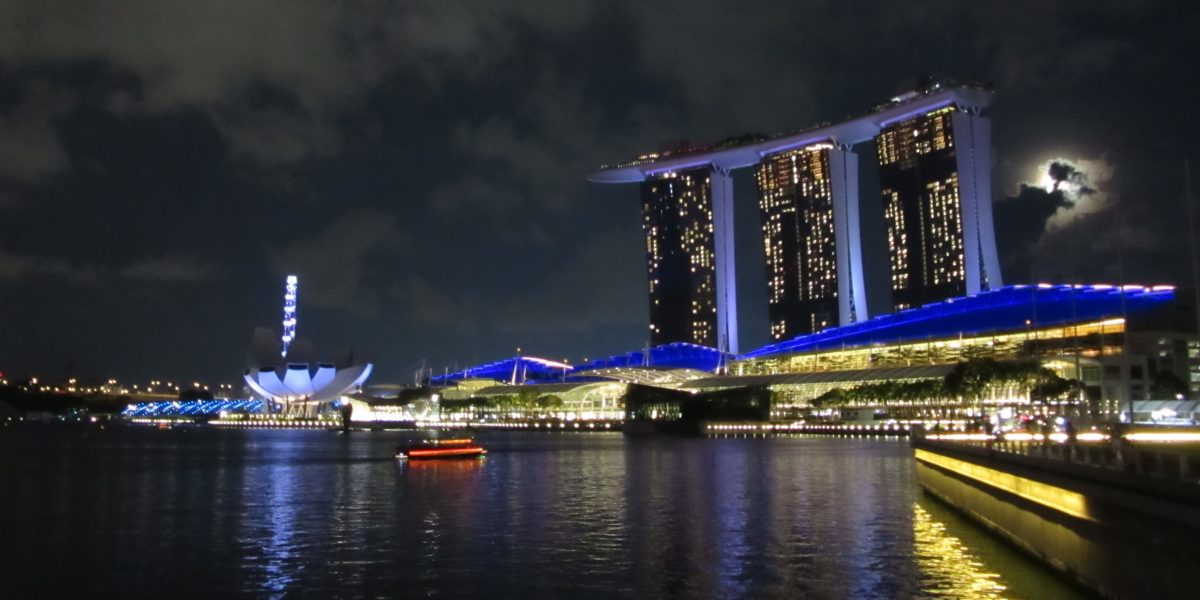 As said, a classical tourist is what I am. I even watched a laser & music show, and the only excuse I have for that is that I was not aware of it, I just happened to be there. I was about to take a photo about the crowd with phones and camera in their hand, when I guy turned to me asking if I know how long is the show. Ah, a show – this is all I could add. It was also him giving the hint, that maybe it is not so popular to run in Singapore (namlely that I observed half of the city jogging around Marina Bay) when he asked, if I arrived for the race. Well, no, the Saturday running event doesn’t fit into my calendar this time. No clue how I did it, but it took me exactly an hour – including shooting thousand+ photos – to get to the opposite side of the Bay, so I watched the repeated show from a different angle as well.

The main pattern of this day was the flora and the amazing parks and gardens of Singapore. The Botanical Garden with the Orchid Garden – what I dedicate to my dad – , the Chinese and Japanese Gardens all worth a visit. 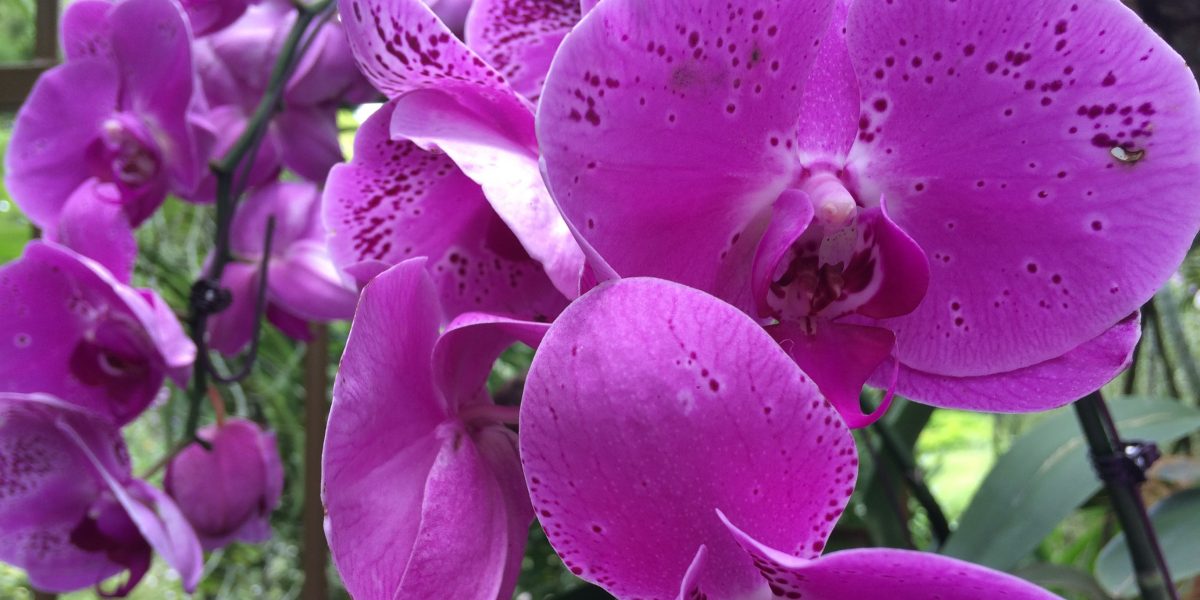 Though once I finally reached the Gardens by the Bay I could barely walk and I only focused to get up among the Supertrees before the huge storm approaching the city.

I actually got really lucky with the weather. Though walking and existing in the liquid air is really demanding, especially when I’m even struggling to breath in the humidity, but I had no rain at an open space at all.

I managed to escape one thunderstorm with a well planned rail ride, and another one finally just passed by the city in the late afternoon. This also meant that I got admitted to the Skyway of the Gardens of the Bay, that seemed impossible for a while due to the expected weather conditions. 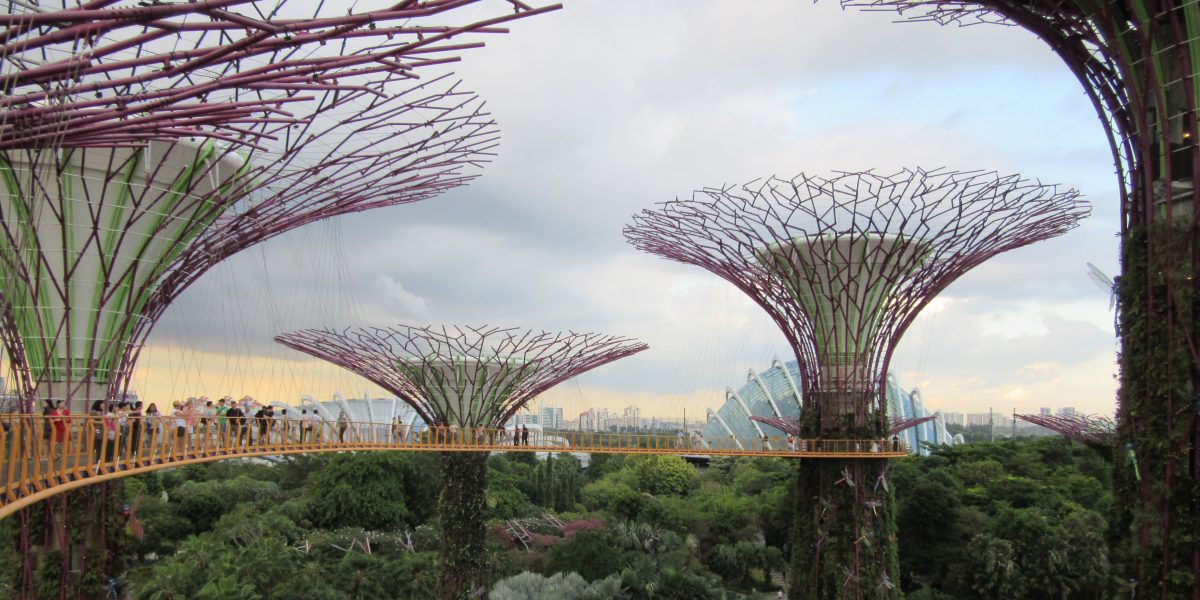 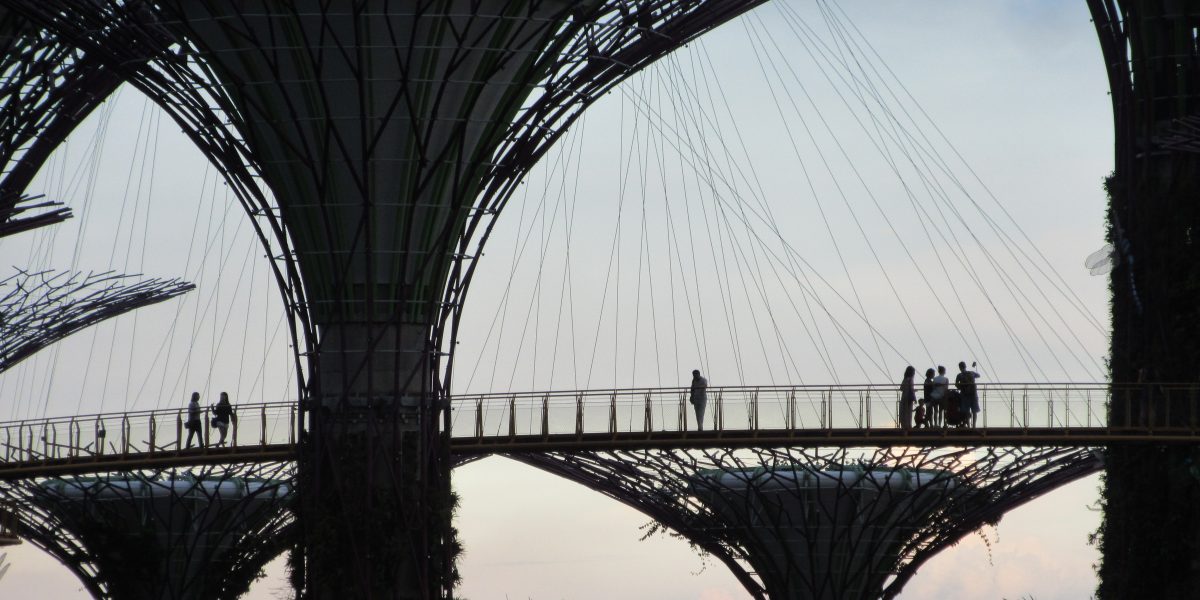 I made up the plan to spend the time around noon in the gardens as I hoped that the shade will save me from what happened to the Swedish girl staying in my room: a disastrous sunburn. A bit after midday I started to worry that the shadows of the gardens won’t have the desired effect. Well, I have some red around my neck, but lets not focus ont this.

The story of the day happened outside of the gardens – or rather call them jungle – in a small shop. I stopped for buying an exotic drink and entered the shop with a loud hello and a great smile. It took some time to decide on the juice and when I got to the cashier I figured, that I’m alone in the shop and actually it is closed. So, me still being inside, others passing by outside, and an iron bars closing the shop in between. We both laughed hard on our side of the fence. I just hoped, that the shop owner did not go for lunch or even worse, to celebrate the season’s hindu festival. Furtunately he got back in a couple of minutes and freed me – though no discount provided for for keeping me in captivity for a while.

I started and closed the day with India. Deepavali, the Festival of Light is celebrated in Little India, even a small bazaar dedicated to the festival is set up in the district and the hindu temples are packed with people. Nearby my hostel – by the way in Chinatown – there’s also a huge hindu temple with a great festival in it. On the way home I popped into it to look around, but I was not allowed to take pictures and beyond a certain point tourists were not allowed to enter. So instedead of the festival feeling I enjoy the thundering bass in the lobby of the hostel.

This visit to Little India just confirmed my decision not to travel India this time. Not that there’s any problem with India, it is just not the right place for me now.

Tomorrow, on Saturday, a bit of Singapore and later in the afternoon I travel to Bali. I’ll spend some time among the skyscrapers and figure out what else to visit on my way back home.