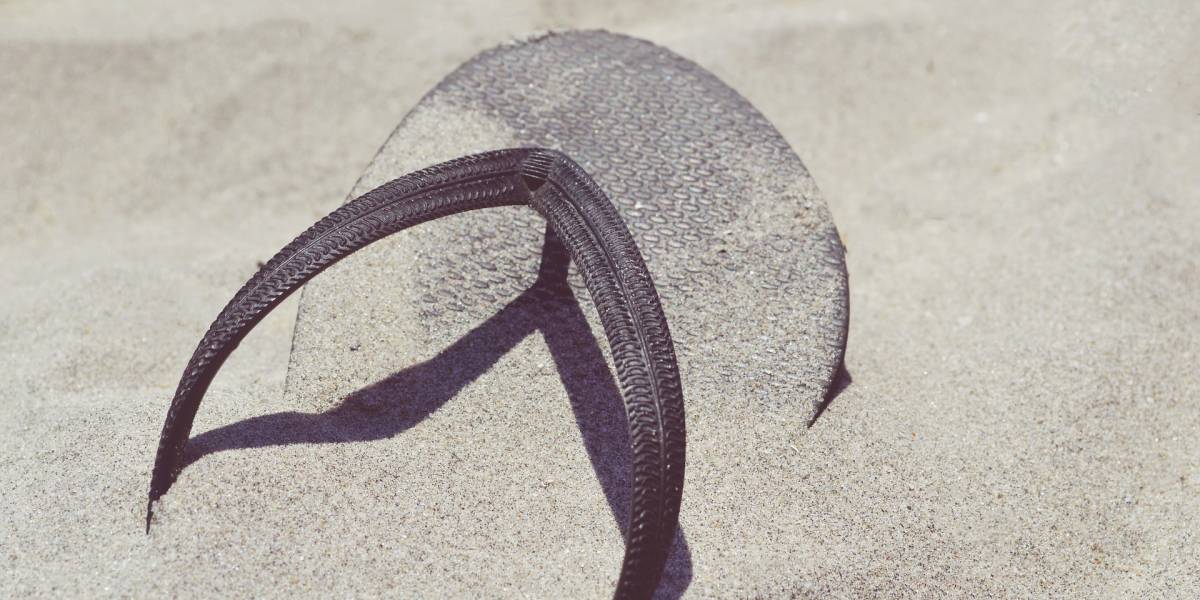 You won’t believe this. At least I didn’t want to believe it. Here’s the thing: my flip flops got stolen again. One morning I left them on the designated shoe rack at my hostel in Hanoi and when I returned, they were not there. For a moment, I got confused. Maybe I just didn’t remember where exactly I put them. Maybe I packed them. But of course it was not the case. They really disappeared. In the following hours, I enhanced the vocabulary of 3 members of the Vietnamese staff with this indispensable word: flip flop.

My super gorgeous and super expensive flip flops bought on the market in Saigon were gone. I reported it to the evening receptionist, who was listening to me patiently, and calmly summarized: “You lost them”. Hah. This was crying for correction: “I did not lose them, but somebody took them”. And I was urging him for a solution. He assured me to look into the tape of the security cameras in his broken English – at least that’s what I understood.

Later I also talked to the night receptionist – a little better English – who reassured me that they are looking into this and even the owner knew about my issue. So I could really go to sleep. Meanwhile, I was secretly hoping to see my flip flops on the feet of one of the guests, who naively believed that the hostel had this pretty pair for the guests and planned to use them temporarily during his/her stay.

In the morning, before check-out, I asked the morning receptionist whether they were still investigating. He seemed confused, so we learned the word “flip flop” again. Understanding the issue didn’t bring the solution, but at least his confusion was gone. He claimed that the security guy was watching the footage at the very moment, and asked for a little patience: promised to have some news for the evening. At this point I tried not to make a scene and to shout, as these are not working at all in this part of the world. I just watched my inner movie of buying the flip flops with the worst bargaining ever, they broke my feet for two weeks before I broke the flip flops to finally become comfortable – the shadow of the wounds are still on my feet – and I was certain, that I’m only interested in a kind of solution, where my missing flip flops are involved. Because of feeling powerless and stupid, my tears began to flow silently, and I just left to my room to pack my stuff. The hostel crew got so scared by my silent tears, that they immediately offered an ugly-slipper to use, what I rejected and went on to self-pity mode.

Then it turned out that the footage of the security cameras could not be checked remotely. So I waited for the security guy to show up at the scene. The owner was already there, and half of the hostel guests was excited about vitnessing the investigation. Then it turned out that in the morning of the crime, the system had lost the signal of the cameras on my floor: there were no recordings to watch. After another half an hour, they figured that even the memory cards were gone from the cameras involved. Somebody designed it in quite detail. Well, really, they were super pretty flip flops, I understand that they had to design such a complex and safe plan… We’ll never know who they were!

However, the owner drove me to the nearby slipper/flip flop street to make up for the loss. He dropped me at a sidewalk loaded with ugly-slippers. I stood there under the weight of this huge responsibility: I had to buy a pair of flip flops, liked them or not. However ugly they were, I had to choose. But I just wanted a simple pair, black, no flitters, comfortable. Finally, I got some help, and with a little push I found the only pair that looked okay. The owner paid without bargaining, and we rushed back to the crime scene.

I left town, and came back home with a brand new pair of flip flops, which will break my feet again, then I will get to love it. I wonder how long this pair will stay with me and where the proven-to-exist international flip flop mafia will cross my path again next time.